How the Hydrogen Economy will Become a Key to Global Decarbonization

The burgeoning hydrogen market is driven by governments and investors keen to use it to stimulate economies - and because it represents a transformational tool to help achieve global decarbonization targets. 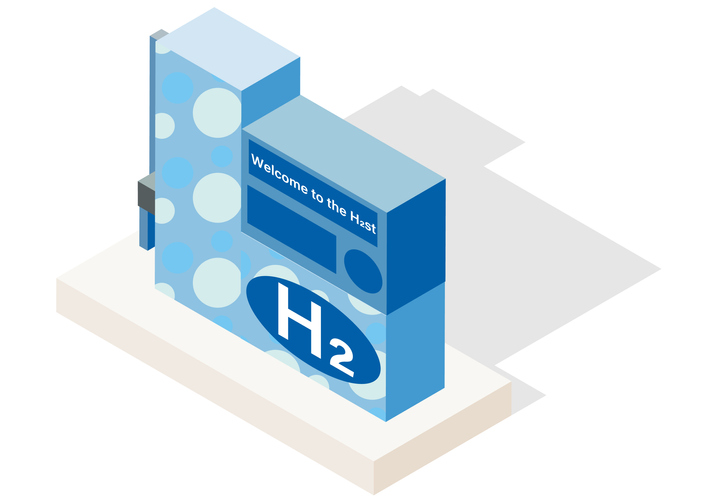 The solution toolbox to achieve global decarbonization is vast, and one of the main tools is hydrogen. And there’s no doubt the hydrogen economy is still in its infancy, needing significant time and investment to come to bear fruit. But, supportive and enabling policy frameworks are underway. Currently, investors’ appetite to back hydrogen initiatives is high, policymakers are focusing on creating the framework for the hydrogen economy to flourish,  and industrial conglomerates are developing production, transportation, and storage solutions for commercialization. In addition, end-user industries have begun partnering with key stakeholders on proof-of-concept trial projects for these new solution offerings.

While the hydrogen economy is dominated by ‘gray’ hydrogen, with 99% of the 70 million tons produced annually originating from fossil fuels – it’s expected that new hydrogen capacity will be increasingly green. Significant growth in the hydrogen economy is expected over the next two decades. Frost & Sullivan forecasts 200 million tonnes of hydrogen to be produced annually by 2050. By then, we expect 75% of this hydrogen production to become green. 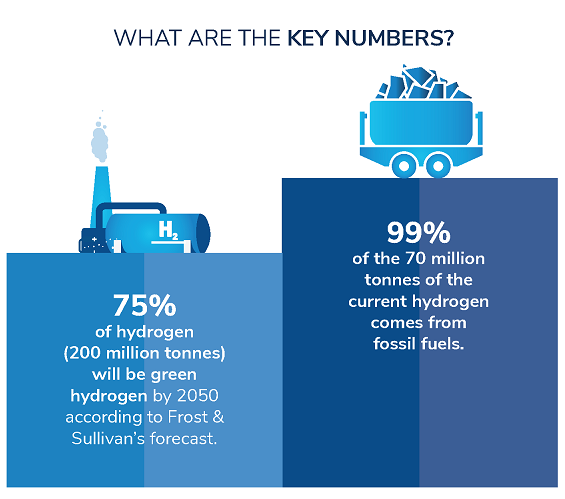 To see the full infographic, please click on the image.

What’s Driving the Growth of the Hydrogen Economy?

Investor expectations to back hydrogen initiatives are high. That includes governments keen to use the hydrogen economy to stimulate financial growth and boost their post-crisis recovery plans. Initial investments, however, must first create the foundations to enable the hydrogen economy by building the necessary infrastructure.

Around the world, there is also an impetus to fast-track the hydrogen economy to help reduce reliance on fossil fuels and transition towards a decarbonized global economy.

As economies of scale improve and investment in hydrogen storage and transportation networks gradually increase, more end-user sectors will look to use low or zero-carbon hydrogen. These end users will include the long-distance transportation, power, and small-scale manufacturing sectors, just to name a few. And as the green hydrogen economy begins to flourish, this will present key growth opportunities for businesses, including companies involved in the production of green ammonia, which has the potential usage as an energy source in maritime and aviation industries. Opportunities also abound for companies involved in developing efficient decarbonization technologies for us in hard-to-abate industrial processes (e.g., fertilizer production, chemicals manufacturing, and iron and steel-related processes) that use substantial power.

Lastly, some of the top growth opportunities in the field are the development and provision of hydrogen storage solutions for securing electricity supply, massive renewable-powered electrolyzers, which will often be co-located at both the energy generation source and the source of demand to minimize transport costs and challenges, and power-to-hydrogen technologies, which covert surplus renewable energy into hydrogen gas.

Final Thoughts on the Hydrogen Economy

The burgeoning hydrogen market is driven by governments and investors keen to use it to stimulate economies – and because it represents a transformational tool to help achieve global decarbonization targets.

Some of the most exciting business growth opportunities lie in the development of hydrogen storage solutions, the decarbonization of industries considered hard to abate, the production of green ammonia, and the development of large-scale renewable electrolyzers.

We expect the hydrogen economy to expand rapidly over the next 20 years, largely in the form of green or renewable hydrogen. Hydrogen is one of the five pillars of decarbonization; the other four include the rise of renewables, direct electrification and renewable heat, carbon capture utilization and storage (CCUS), and energy efficiency. Their implementation can be a potential game-changer to enable stakeholders to achieve carbon neutrality globally.

Did we miss anything? If you want to learn more about our sustainability actions, check this out.