Global organizations have been setting up regional SSCs across the world. Some tend to setup an in-house multi-function Shared Service Center and others prefer outsourcing to service providers who manage these services from their regional hubs. Over the years, SSCs have been established in India, followed by similar setups throughout SE Asia and now to […] 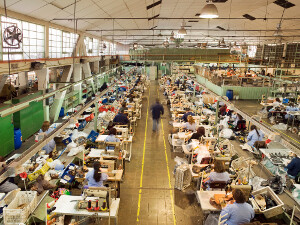 Global organizations have been setting up regional SSCs across the world. Some tend to setup an in-house multi-function Shared Service Center and others prefer outsourcing to service providers who manage these services from their regional hubs. Over the years, SSCs have been established in India, followed by similar setups throughout SE Asia and now to a great extent spread across Eastern Europe and the LATAM region. The thumb rule before setting up an SSC is to evaluate a few locations, based on a variety of parameters, spanning from ease of conducting business to evaluating how much talent would be available over a period of time. In this article, we will be emphasizing on why organizations and Service Providers should consider MENA region as a viable destination to setup SSC operations.

MENA as a location

Middle East and North Africa consist of 21 or 22 countries, depending on how they are clustered and this region accounts for almost 45% of the world’s total oil reserves. With global oil prices drastically fluctuating, some of these countries have taken a strong stance to move away from being oil dependent and become more service oriented in order to sustain their economies. Some of the countries in this region also have new talent in abundance, coupled with a substantial infrastructure and some good examples of established Shared Services.

Egypt is one of the few countries in the MENA region which recognized its ability to serve as an outsourcing destination for global organizations amidst the IT boom. Prior to the political turmoil in 2011, Egypt emerged as a favorable low-cost destination for service providers due to the favorable tax policies, large scale of talent that was available, and good infrastructure. Based on these parameters, ITO and BPO service providers considered Egypt as a desirable destination. In addition, organizations such as EMC, Wipro, HSBC, and Vodafone International Services setup their legal entities and are delivering products and services to Egypt and the remainder parts of MENA from Egypt. During the rough phase of the country (mainly between 2011 and early 2014) there was some amount of disruption to services. Interestingly, some companies have reported a substantial growth in their business, despite the country being a victim of political turmoil. Reasons to sustain in such a turbulent environment are largely attributed to well defined Disaster Recovery Systems and Frameworks in place to ensure business as usual. Today, the country has sprung back into action, and apart from IT/BPO services, there are F&A related services which are being served from Egypt. Many family conglomerates within the MENA region have begun to outsource their Shared Services to Egypt, as it offers a highly mature talent with lower costs in comparison to their home countries. Today, Egypt has evolved from not only serving F&A services, but also supporting organizations with their HR and IT services, along with offering many other KPO and BPO services. From a location standpoint, Cairo and Alexandria are the frontrunners for talent and infrastructure. The government has focused on setting up hubs and zones dedicated to IT/BPO, and hope to increase the total base of service providers and substantially grow the non-IT sector such as Shared Services and KPOs in parallel to develop their economy and attract more companies.

Earlier this year, one of the largest oil producing economies took a bold step to move away from being dependent on oil and look toward alternative goods and services industry to boost the economy. The government itself has embarked on a cost saving initiative as part of the Vision 2030 program to integrate and standardize shared services across ministries and other government sectors. Similarly, well-known companies such as SABIC embraced Shared Services as early as in 2003 by consolidation of its IT, HR, Finance, and Procurement. Another such initiative was taken up in partnership between ARAMCO and an IT services provider, to setup an all women Shared Service Center in 2013, thereby creating opportunities for women. KSA also has a large talent pool, and with unemployment on the rise, establishing a robust multi-functional SSC is sure to thrive in this country. Talent is available in abundance, which is a result of a high graduate output from the local universities. With the setup of Princess Noura bint Abdul Rahman University exclusively for women, there is a clear indication that the government intends to leverage the additional women graduating workforce in both public and private sectors. This is expected to further drive the need for participation of the women workforce in the country. From an infrastructure standpoint, KSA is well equipped in terms of available space, access to technology and the benefit of favorable governmental policies. Among the GCC countries (KSA, UAE, Bahrain, Oman, Qatar & Kuwait) the wage rates are comparatively on the lower side. With a large presence of family group businesses that span across the region, having in-house or third party service providers for Shared Services will not only reap economic benefits for organizations, but also contribute toward the growth of the economy.

UAE, also another oil producing economy, has been known to be a regional hub for most global corporations. With an unmatched network of accessibility, and strategically located between the East and West, this region has plenty to offer. It is also the center of varied cultures and has a diverse workforce. With the presence of a large number of local and foreign universities (local, affiliated and branch campuses) the graduating workforce is available in abundance. With robust infrastructure in terms of a host of free zones, and other continual measures by the government to support these free zones, an organization has the choice of locating its operations in areas which are less expensive. With the presence of regional headquarters of many multinational companies, setting up and managing of Shared Services Centers will not be much of a challenge for any organization.

Regional hubs for Shared Services are decided on various parameters. The concept of Shared Services and in particular for regional hubs is to evolve into a Global Business Services Center. There are many textbook parameters which are utilized to arrive at conclusions for a suitable location. However, sometimes we need to go beyond the obvious and account for ground realities. For organizations, which derive revenue from the MENA region, it is ideal to locate a full-fledged multi-functional Shared Service Center within the region. In all the above considered locations, there is a substantial amount of untapped local talent pool which exists. For countries such as UAE and KSA, which have a relatively large base of foreign workers, there is a need for job creation for the local graduating population.