The Emirates Group: H1 2020 Losses, but is Well-Armoured for Future

The group is positioning itself to play a vital role in the global pandemic recovery, having established the world’s first and largest dedicated air cargo hub for COVID-19 vaccines at Dubai World Central 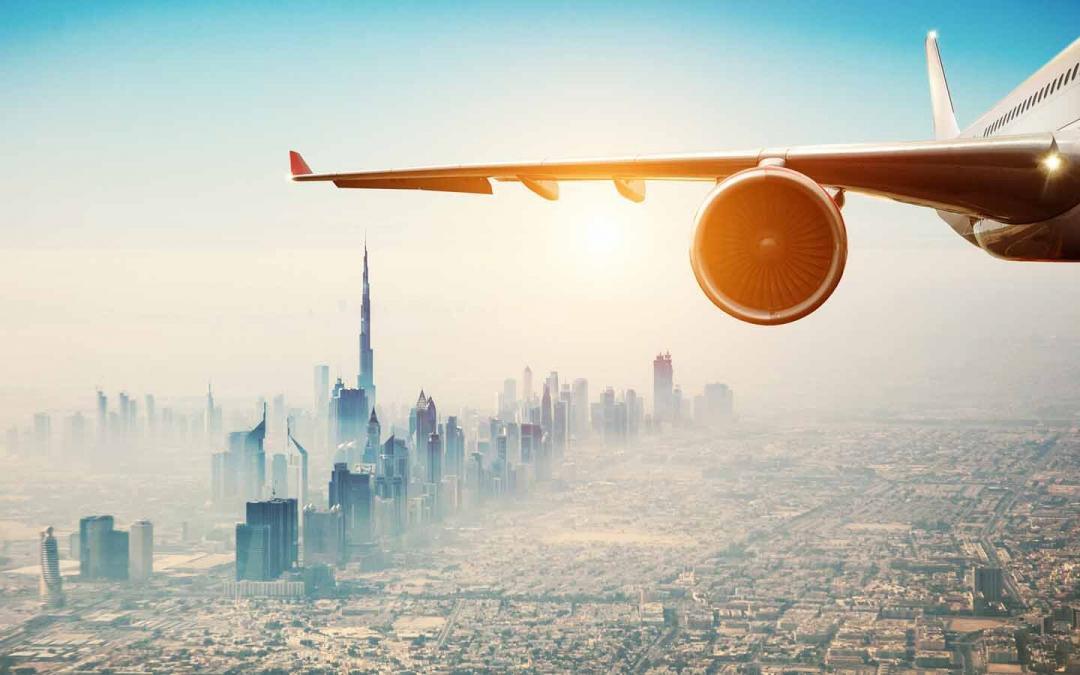 The group is positioning itself to play a vital role in the global pandemic recovery, having established the world’s first and largest dedicated air cargo hub for COVID-19 vaccines at Dubai World Central

The Emirates Group has announced losses for the second time in its 35 year history with H1 2020 revenues plunging to US$ 3.7 billion, down 74% versus last year (vly). As the biggest part of the group, Emirates Airline has seen a 75% revenue decline vly, at US$ 3.2 billion. From an operational perspective, Emirates carried only 1.5 million passengers in H1 2020, a figure it would have achieved in just over nine days of normal operations pre-COVID. As another arm of the group, Dnata has not fared better with revenues down by 67% to US$ 644 million vly.

With airline groups announcing losses of similar magnitude as a result of the devastating impact COVID-19 on the global airline industry, the Emirates Group is by no means alone in announcing results of this significance. Competitors such as Air France-KLM Group and Lufthansa Group have seen revenues plummet by 73% and 76% respectively within the same period. 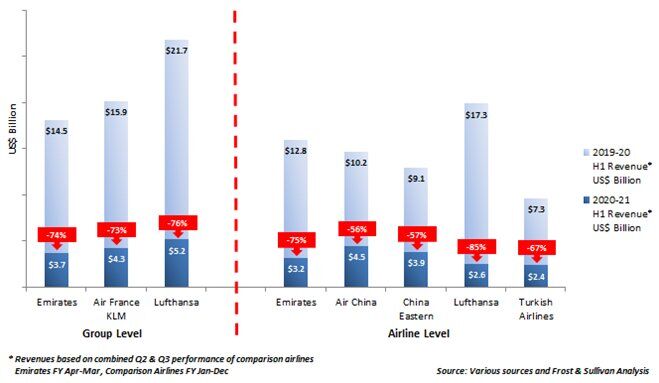 Chinese airlines have fared little better with two of the three largest carriers in China, namely Air China and China Eastern, seeing declines of 56% and 57% respectively, which can be attributed to an earlier recovery phase for the country. We saw domestic services restarting in April and May, showing a steady recovery in traffic levels due to not only aggressive pricing by airlines to attract customers but also a strong demand for domestic travel. This does not apply to Emirates as its business model is based on “Dubai as a destination of global connectivity” through its hub.

A rare area of improvement that airlines have seen has been in cargo revenues, as a direct result of an increase in demand for air freight during the pandemic period. Dramatic reductions and often complete halt of passenger services has increased cargo capacity demand due to the loss of belly capacity on passenger aircraft. This increase in demand covered not only pure freighter aircraft but, in an industry first, conversion of a large number of passenger aircraft globally to serve as temporary freighters by removal of passenger seats in the cabins.

Emirates itself has seen an increase of 106% in cargo yields, despite suffering a decline in its cargo tonnage by 35% vly. However, while vaccine centric supply chain logistics will help support this increased demand for cargo capacity, the revenue significance of air cargo is expected to reduce as passenger aircraft with suitable belly capacities return to the skies.

Despite the bleak financial results, the Emirates Group has been proactive in trying to safeguard its future. The group’s efforts have covered a range of areas from cost base reduction to operational planning to meeting existing demand while also positioning for a post-pandemic recovery.

While a return of traffic to pre-COVID levels is not expected before at least 2023, several areas of concern remain for airlines globally from which Emirates too is not immune:

Despite the turbulent times brought on by the pandemic, resulting in more than 40 airlines globally either suspending operations or ceasing altogether, the Emirates Group appears to be well armoured as covered below, to weather through the current crisis:

Furthermore, the group is positioning itself to play a vital role in the global pandemic recovery, having established the world’s first and largest dedicated air cargo hub for COVID-19 vaccines at Dubai World Central.

With two-thirds of the world’s population being within an 8 hour flight time from Dubai and the airline’s freighter fleet of B777 aircraft capable of carrying more than 100 tons of cargo over 10 hours of flight time, the group aims to be a critical link in the global pandemic recovery efforts.

With the announcement of new vaccines by Pfizer-BioNTech and Moderna in November and other potential vaccines in development, there is hope that the first signs of recovery will be felt in 2021. This was confirmed by airline stocks rallying by 12% in expectation of stronger future bookings following the announcement by Pfizer and BioNTech.

In the meantime, COVID-19 is leading to calls to explore more agile itinerary management for the Aviation and Tourism industries, with them asking, could this push us towards an ‘Amazon model’ of high adaptability, accommodating the changing choices and needs of customers and hosts, Why not?