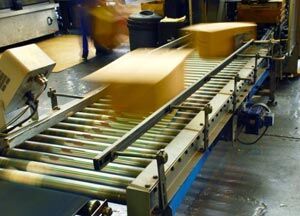 An Introduction to the Trans-Pacific Partnership

The Trans-Pacific Partnership (TPP) envisages the creation of a free trade agreement (FTA) between 12 countries, namely: the United States (US), Japan, Malaysia, Vietnam, Singapore, Brunei, Australia, New Zealand, Canada, Mexico, Chile, and Peru. Apart from the goal of reducing tariffs and easing non-tariffs barriers, the TPP also covers various other aspects such as intellectual property protection, investments, and environmental stewardship. The realization of the TPP is expected to be a major global game changer given the existing combined economic potential of the TPP countries.

Following years of negotiations, the TPP deal was recently signed by the 12 countries in February 2016. For the deal to come into effect, at least 6 countries which account for 85% of the combined gross domestic product (GDP) of the member countries would have to ratify the deal over the next 2 years. This means the United States and Japan would have to ratify the agreement given the size of their economies.

Finalization of the TPP agreement is expected to promote enhanced trade among member countries with measures such as lower import tariffs and provisions for higher import quotas at lower tariff rates.

The phased reduction of Japanese import tariffs on beef is expected to be quite beneficial to the United States and Australia. Japan is among the largest importers of beef globally and these 2 countries are its largest suppliers. Meanwhile, the elimination of tariffs on cars imported into the United States would allow automotive manufacturers from other TPP countries to sell their imported vehicles at prices which are competitive with locally-manufactured vehicles.

Countries have also been negotiating tariff-rate quotas which allow the import of a specified quota of goods at a preferential tariff rate. For example, rice imports into Japan face a whopping 778% tariff, and the United States has been pushing for tariff-free rice imports as part of the TPP. The East Asian country has conceded to initially introducing a tariff-free import quota of 50,000 tons/year for the United States, which is expected to be eventually expanded to 70,000 tons/year in 13 years. Although the quota is lower than what the US had asked for, it appears to be a step in the right direction away from the high levels of protectionism.

Tariff agreements have been reached at after many rounds of negotiations, and the move to lower trade barriers across several goods should help producers access a larger market and help spur the growth of cross-border supply chains.

The TPP on Labor and Intellectual Property

Striving to ensure optimal working conditions across all member countries, the TPP outlines binding obligations for all countries to eliminate child and forced labor, prevent the exploitation of labor in export processing zones, and imposes obligations across other areas such as worker discrimination, minimum wages, and so on. Failure to meet these obligations is expected to be treated very seriously, with the possibility of trade sanctions being imposed against the defaulting country. Given the criticisms against working conditions in countries such as Malaysia, Vietnam, and Brunei, country-specific reforms have been drawn up for these countries. In Malaysia, for instance, among other reforms, employers should not retain workers’ passports and workers should be provided with contracts. In Vietnam, workers unions are closely managed by the Communist party, and reforms should allow for the creation of unions disassociated from the party’s control. Given concerns that companies may relocate to some of these countries given existing lax regulations, the United States has vowed not to ratify the TPP unless the country-specific reforms are implemented.

With respect to intellectual property protection, the TPP is the first FTA which requires member countries to enact laws criminalizing the act of stealing trade secrets. This requirement is expected to better protect vital trade secrets of a company. However, some argue that this could restrain whistle-blowers. In addition, there is considerable latitude with respect to the implementation of this mandate, and it remains to be seen how participating countries will work to strengthen laws in this regard. Biologics such as vaccines, which are quite difficult and expensive to produce, are expected to receive extended data protection for 5 to 8 years across TPP countries. On one hand, the US pharmaceutical industry has expressed disappointment because the TPP does not stipulate 12 years of protection, which is similar to US laws. On the other hand, this requirement has drawn criticism because data exclusivity will be limited to original producers which will thwart the development of biosimilars—or cheaper versions which are produced using data from the clinical trials of the original producer—thereby hindering drug accessibility, especially in developing countries.

US, China, and the TPP

China is conspicuously absent as a signatory to the TPP. However, China has been eclipsing US trade over the past few years and the TPP could prove to be an important tool for the United States to regain its influence. For example, China surpassed the US in merchandise trade in 2013 (Exhibit 3). In addition, China became Brazil’s top trading partner in 2009, a title held by the US since the 1930s. The East Asian giant also has stronger trade relations with the rapidly emerging Southeast Asian region than the US, helped by the establishment of the China-Association of Southeast Asian Nations (ASEAN) FTA.

The TPP is expected to provide the United States with inroads into Asia-Pacific (APAC), which is much needed given that country’s present and limited free trade relationship with the region. As shown in Exhibit 4, the US already has FTAs with the countries participating in the TPP from North America and Latin America. Canada and Mexico are among the top-three US trading partners supported by the North American Free Trade Agreement (NAFTA), and more than half of the United States’ existing FTAs are presently with Latin American countries. Of the 20 countries with which the US presently has FTAs with, only two are in APAC. Given the need to focus on APAC, the TPP will serve as a platform for the US to expand free trade relations with Japan, New Zealand, and emerging Southeast Asian countries, and in doing so help reinforce the US global trade position.

The Case For and Against the TPP

The TPP has attracted much debate, with varying views on how the TPP might shape global trade and growth. The secrecy of the negotiations between the participating countries has garnered much criticism, and no interim text was made publicly available. Fast-track negotiating authority was given to US President Barack Obama which allowed for negotiations to be expedited with other countries without the US Congress being able to make amendments to the TPP. Congress will only be able to vote for or against the TPP when it is brought before them.

Proponents of the TPP believe that the deal will help break down trade barriers and boost exports, job creation, and economic growth. With respect to the United States, the TPP is expected to help remove over 18,000 taxes and other trade barriers on US-produced goods, thereby supporting local businesses and expanding market access. The World Bank estimates that the TPP could help raise the overall GDP of participating countries by 1.1% by 2030, with higher GDP realization in countries which presently face higher trade barriers such as Vietnam and Malaysia. Member countries’ trade is expected to rise by 11% by 2030.

Among some of the arguments raised against the TPP, opponents in smaller nations such as Malaysia and New Zealand argue that the countries could lose their sovereignty if the deal is finalized. Meanwhile, US protests have voiced concerns that the TPP would lead to the outsourcing of jobs to lower-wage nations.

On a Final Note

The TPP is a mega deal covering a wide range of topics, and the passing of this deal is expected to have several implications on global trade and growth. While there are both proponents and opponents to the deal, the pending ratification process will decide whether the TPP will be formalized or dismissed; however, the passing of the deal is expected to be a major global game changer.