Wasn’t the NFL Draft the Largest Ever Exercise in Business Continuity?

Last Thursday, after weeks of replays of old games and sports documentaries, a live sporting event returned to television screens. The 2020 NFL draft: only in a 100% virtual, socially-distanced format. 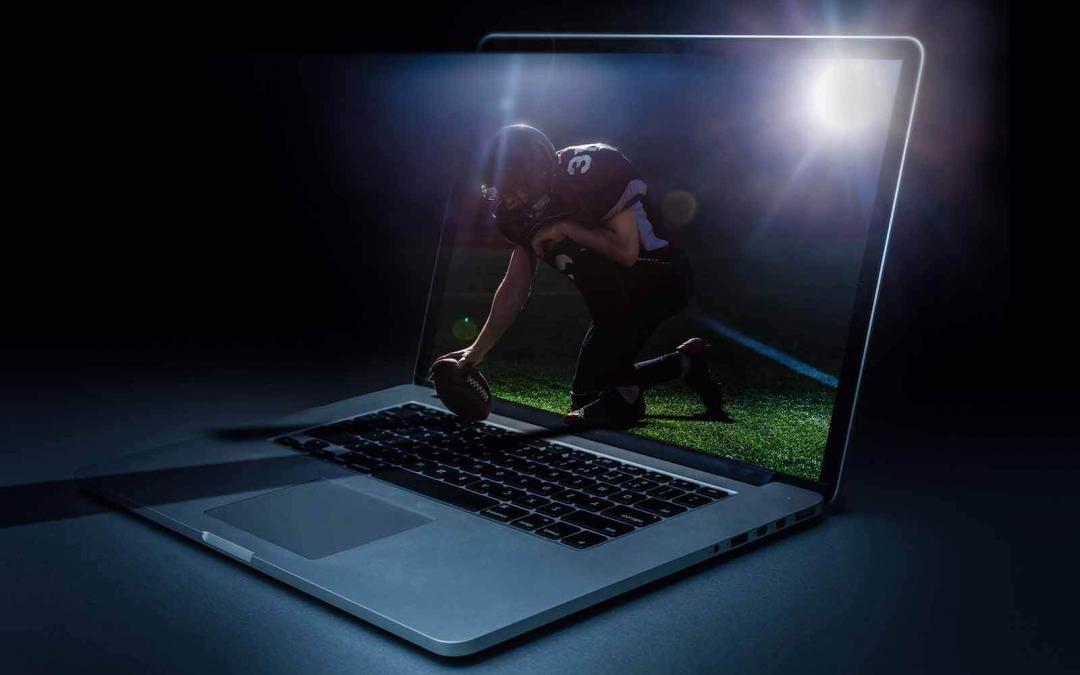 The starkest difference on television since COVID-19 has got to be the complete disappearance of live sports programming. The Olympics, the Masters, the Boston Marathon, NBA, NHL and MLB seasons among many, many others have all been either suspended or canceled. However, the one sporting league that has stood defiant during this time has been the NFL. The league’s PR engine insists that it expects no cancelations or postponements and has gone out of its way to act like it is business as usual. And so last Thursday, after weeks of replays of old games and sports documentaries, a live sporting event returned to television screens. The 2020 NFL draft: only in a 100% virtual, socially-distanced format.

While I’ve never been much of a sports enthusiast, I happen to be married to one and I have come to appreciate that the NFL draft is undoubtedly one of the most exciting, intricate, intense events in the American sports calendar, and despite not being a live athletic competition, it is perhaps one of the most complex and fascinating exercises on the global sports scene. In a nutshell, the NFL draft is the annual player recruitment drive for the 32 teams that make up the NFL. In reality, it can be compared to a three-day race that starts on a Thursday evening and ends on a Saturday.

For those who don’t follow the sport, here are some salient features of a traditional, pre-pandemic draft.  (For those who do, feel free to skip ahead.)

It is a large-scale, live, high-touch event: The first round of the draft is always televised on a Thursday in late April, rounds 2 and 3 on Friday, rounds 4 through 7 on Saturday.  The draft itself is televised on ESPN and the NFL Network and viewership over three days averaged 6.5 million in 2019, up from 5.5 million in 2018. In each round, every drafted player is announced by the NFL commissioner in a stadium, packed with fans, the prospective picks and their families.

Draft room, where the action happens: However, the engine powering this draft is really the 32 draft rooms, one for each of the 32 teams, located in their respective home cities across the United States. These draft rooms typically comprise the team’s GM, assistant GM, head coach, assistant head coach, offensive coordinator, defensive coordinator, head of scouting and senior scouts among many others. Their goal is to acquire the best talent for their team based on existing team strengths and performance, desired future state performance and resource gaps, while evaluating prospective picks’ athletic prowess, alignment with team culture, character testimonies and also listening to their own gut feel. All this will happen while staying within a set budget of under 10 minutes (in the first round). In later rounds, time given to make a pick reduces to 7 minutes then 5 minutes then 4 minutes then 3 minutes. In a sense, this draft can be likened to a program that lives and dies in 3 days, every pick can be considered a multi-million dollar project that you may commit to for decades.

Increasing Unpredictability as Event Progresses: While there is a certain amount of predictability in which players are going to be picked in the first round, subsequent rounds become very unpredictable with endless potential permutations and combinations of player picks, based on the outcomes of earlier rounds. A team is also allowed to trade their spot in line on the fly, in exchange for a player, or a different pick in an earlier or later round.

The draft is thus a two-pronged affair- where a dynamic, real-time, high-impact, collaborative decision- making exercise on steroids meets the grand public announcement, delivered live through television and over-the-top channels to millions of viewers worldwide.

Following the elevation of COVID-19 to pandemic status, NFL ideated its first-ever live virtual draft. To keep with social distancing mandates, the draft stage and event in Vegas would be completely eliminated. The NFL Commissioner would announce draft picks from the basement of his New York home. Draft rooms were taken out of the equation as well- all the individual members in a draft room would meet via video conferencing from their basements or dining rooms.

Not shockingly, going into this 2020 draft, all stakeholders were anxious about a whole host of issues:

Trades are a critical part of the draft and are very dynamic in nature. In the event of a trade, a team’s prepared response goes out the window and an entirely new negotiation is initiated and completed within seconds. While two GMs can be on the phone doing the negotiating, they are usually supported by a room full of coaches, analysts, and data geeks who are helping them with offers and counter-offers. How can a team that has only ever worked in-person suddenly make the switch to a 100% remote environment and still be effective?

There are folklores about assistant coaches standing on tables desperately asking for GMs to pick a particular player –How will you bang the table and plead your case on a Zoom meeting? And what if this entire process is zoom-bombed?

In the weeks leading up to the draft, the NFL shipped out 150 phones to coaches, scouts, general managers and prospects around the country, so live feeds from their phones could be aired on ESPN and NFL Network during the draft days. The League also sent out 58 tech kits to top prospects with tripods, ring lights, and microphones, complete with instructions on how to set up and run a mini-studio from their homes.

Amazon Web Services (AWS) was announced as the technology partner for this event, hosting streaming for the draft, powering over 100 live feeds. AWS put together cross-functional teams to support this event, who are themselves working remotely, still running draft rehearsals and walkthroughs before the actual live event.

The biggest concerns with running a live event of this scale are latency and cybersecurity.  This is to ensure that there is no lag between when different parts of this intricate ecosystem receive information. The goal is to ensure that the NFL Commissioner and his group, the team making the pick, the TV analysts and the draft prospect, all get the same information in the same millisecond to keep up the seamless aesthetic of the draft experience. Also, many coaches and GMs expressed concerns off the record about other teams sneaking into their virtual conference rooms and stealing draft intelligence, potentially trading ahead of them to pick a player of mutual interest.

Only time will allow us truly to evaluate the effectiveness of this draft, and given an option, would the League ever want to do this again? Absolutely not. But one thing is for sure. This is a brave new world where organizations, big and small, are learning that an alternate way to work is indeed possible. And no matter how this goes, the 2020 NFL Draft will always stand out as an exercise that truly pushed the boundaries of remote work, collaboration and technology in an unprecedented way, for the sake of business continuity.

To know more about Frost & Sullivan’s analysis on COVID-19 from across the globe, visit https://www.frost.com/insights/COVID-19/.

To know more about our coverage of the CDN, Multi-screen Transcoding and Online Video Platforms markets, access our Digital Media subscription.

To know more about our coverage of the Video Conferencing and Unified Communications space, access our Connected Work subscription.