Wearable Technologies and Healthcare: Differentiating the Toys and Tools for Quantified-Self’ with Actionable Health Use Cases

One of the most transformative shifts we are starting to see in healthcare is the rise of a concept called ‘Quantified-Self’. Digitization of products, services, and commerce models are democratizing current healthcare systems, manifesting a new era of healthcare consumerism. This entails an evolving ecosystem of connected health technologies such as wearables, telehealth, artificial intelligence, […] 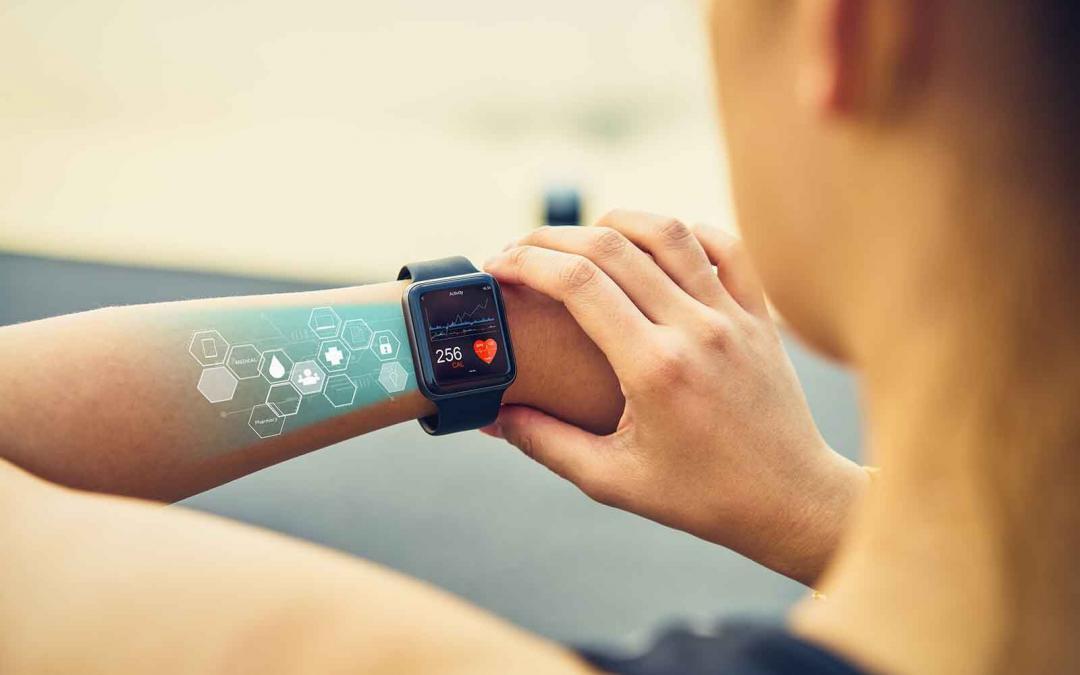 One of the most transformative shifts we are starting to see in healthcare is the rise of a concept called ‘Quantified-Self’. Digitization of products, services, and commerce models are democratizing current healthcare systems, manifesting a new era of healthcare consumerism. This entails an evolving ecosystem of connected health technologies such as wearables, telehealth, artificial intelligence, virtual reality, and others that support targeted health and well-being services.

When it comes to wearables technologies and healthcare, strong customer demand and surging sales are only part of the story. The other part is the highly volatile marketplace, where due to intense competition there is a revolving door of company entries and exits. One example is the case of Microsoft, a pioneer in wearable space who has recently reported to discontinue its Band fitness tracker. Advent of clinical-grade wearables are slowly changing the rules of this game; making it important here to distinguish consumer versus clinical wearables. This makes industry experts believe that healthcare wearable technologies are approaching a tipping point that will elevate the focus from fitness or activity tracking devices to clinically vetted devices with intelligence solutions for meaningful health use cases.

In past few years, wearable technologies’ application in healthcare has been booming, particularly within the wellness and fitness space, and the overall healthcare wearables market is poised to reach $18.9 billion globally by 2020, growing at a CAGR of 29.9%. The current market is dominated by large consumer health wearable companies such as Fitbit, Apple Watch, Samsung Galaxy Gear S, Misfit, Xiaomi, and several others. Lower regulatory hurdles and faster time to market continue to be the primary drivers for these consumer-grade wearables gadgets, which in turn, have intensified the competition. With easy access to advancements around wearable electronics, sensors, and wireless platforms, leading companies in this space are featuring their devices as an “all-in-one” platform for improving physical performance and positive habit formation to persuade consumers. Today there is an abundance of these smart gadgets with featured packed sensors and complementing technologies that can track a range of activity and vital signs such as steps, exercise, sleep quality, stress level, blood pressure, exposure to the sun, and even what you have eaten. For example, the new Apple Watch 2 launched this year includes more than ten different sensors and has the ability to store about 60 different types of health data, including heart rate, blood pressure, glucose levels, and many more. These emerging set of smart wearables are giving birth to a plethora of personalized health data, creating lot of  ambiguity in the healthcare industry and raising some critical issues around data safety and consumer protection, data ownership, and ultimately the reliability of these data for meaningful health use case.

Data being the holy grail for healthcare industry (both from a provider’s and payer’s prospective), the bigger question posed to these emerging health wearable technologies is: ‘How useful are these consumer wearables as a patient-driven, secondary diagnostic tool for more serious medical applications?’ Unfortunately, a vast majority of smart wearables available in today’s market are not capable to capture data in a meaningful way that would be consistent and reliable enough for making clinical decision making. A recent survey published in the medical journal Lancet Diabetes & Endocrinology found that “Fitness bands do not boost health and after a while the novelty wears off and people give up on the gadgets.” During May 2016, a class action lawsuit was filed against Fitbit based on new study findings that claimed the company’s popular heart rate trackers to be “highly inaccurate”.

Moreover, from a data security regulation stand point, wearables are no exception to other connected health technologies and devices. With high-profile data security breaches across industries in the recent past, security vulnerability for wearable devices will be a high-priority area for global regulatory authorities. For example, the new General Data Protection Regulation (GDPR) which is pan-Europeregulation will, come into force by May 2018; under which both the data controllers and data processors will be responsible for data protection compliance.

Industry convergence and technological innovations are giving rise to a new breed of wearable technologies that are capable of meeting the unique needs and requirements of clinical care settings. Unlike more prevalent general health and fitness devices, newer breed of clinical wearables technologies are emerging that are capable of capturing medical-grade information in a manner that is reliable, secure, and actionable by care providers. Recognizing this lucrative opportunity, many leading consumer wearables companies and tech giants are vouching their future focus and investments towards more medical applications. Moreover, the influx of non-traditional participants such VALIDIC, medidata, and Apple HealthKit/ ResearchKit are helping healthcare provider community  to address the existing platform and service gaps around clinical uses for wearable generated data. For example, Apple HealthKit is now being adopted by major US hospitals to help doctors track patient’s medical history.

For wearable technologies often use case dictates the market positioning and key target audience. With the shifting focus toward more clinically meaningful use cases, wearable devices once seen as niche devices appealing only to B2C gadget lovers and early adopters are slowly getting into the mainstream with broader application into B2B healthcare arena. This necessitates health wearables to go beyond consumers and justify their value to other potential stakeholders (payers, patients, clinicians, hospitals, employers, and so on) to instill trust and buy-in for the stated use cases and health applications. For example, recently Apple has struck its first U.S. insurer deal with Aetna insurance company, under which Athena will give some customers and employees discounts on Apple smartwatch.  During 2014, Fitbit also entered into a similar deal with Oscar Health Insurance to implement incentive based plans. The same years Fitbit also reported to be working with 30 of the Fortune 500 corporate on their wellness programs by providing subsidized wearable programs for health and productivity measures.
There is growing demand for actionable healthcare wearables, which would empower individuals for self-health management and as per Frost & Sullivan consumer survey, highest interest in using wearable sensors in future for health applications is strong among millennials (people aged between 18 and 35 years). Patient stratification being central to emerging concepts such as precision medicine and population health management, industry needs a wider range of regulated and clinical vetted wearable technologies that can seamlessly capture reliable body vitals and selectively package most critical ones specific to disease progression with targeted healthcare applications.

The burden of effective chronic disease management strategies is becoming ever more critical for care providers as they seek transition to outcome dependent compensation structures. The ability to accurately predict and prevent adverse events is an essential component of modernizing out dated care models. As most of these conditions are exacerbated by lifestyle choices and poor management, clinical-grade wearables technologies are uniquely geared to provide deeper insight into these chronic illnesses with real-time multipoint data tracking solution both for remote and hospital care settings.

With all these focused healthcare use cases, wearables technologies are poised to evolve from technologies that simply reported real-time data to those that track, diagnose, and ultimately help in clinical decision making. Future consumer wearable applications are also likely to be more prescriptive for individual wellness by leveraging converging technology such as augmented reality and artificial intelligence for richer information about their lifestyle and wellbeing. Entailing this consumer adoption and demand are also expected to shift from general wearables to health-and-wellness-centric ones that continuously track body vitals as well as help in remote monitoring to enable self-chronic disease management and in improving an individual’s overall wellbeing.