The Israeli defence industry, ranking among the ten largest defense industry exporters, is moving forward and opening up new potential for local industry, witnessing growing market share in Europe and GCC member states on the back of recent geopolitical developments. 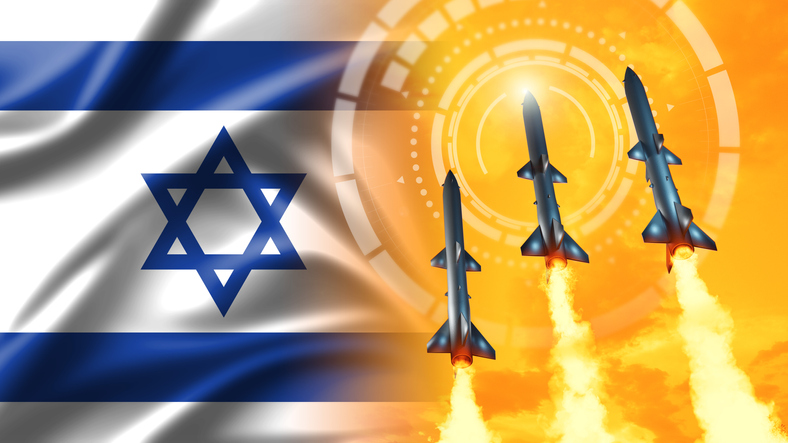 Israel’s MoD has recently reported a 30% rise in the volume of contracts signed in 2021, jumping 55% in two years. The value of these contracts was $11.3 billion, compared to $8.55 billion in 2020. Data from the Department for Defense Exports (SIBAT) indicates that the main reason for the surge lies with European countries. In 2021, Europe has doubled the purchase from Israel to $4.6 billion—compared to a total of $2.5 billion in 2020. About 120 defense companies used the MoD to sign hundreds of export contracts while the ministry became a sales agent for everything and even defined exports as “one of the super missions” at its forefront.

Numerical information can be obtained from the proportion of export contracts signed under interstate agreements (G2G). The value of these contracts jumped to $3.5 billion, equating to a 30% share of sales. This comes as the share of major export deals, more than $50 million per transaction and usually backed by a political umbrella, increased to 56%.

There are two main reasons for the strengthening of the European market for Israeli Defense Industry: the slow accreditation process of Eastern European countries from Soviet weapons — a trend that is expected to accelerate dramatically after the war in Ukraine — and a growing affinity for NATO, which encourages the procurement of Western weapons and has high capabilities of digitization and C2 (command and control).

Hints of a surge in sales on the continent have already been planted in the reports of Israel’s three largest defense industries. Rafael, for example, recently sold the SPYDER system to the Czech Republic for $630 million and “windbreaker” and anti-tank missile systems to Germany, where another subsidiary has been established. Meanwhile, Elbit Systems set up a subsidiary in Sweden for tens of millions of dollars in sales; sold autonomous drones and electronic warfare (EW) systems, maritime S.H.I.E.L.D. and aerial simulation systems to the British Army for hundreds of millions of dollars; and sold drones across the continent from all categories. IAI sold radars to the German navy for 200 million euros, naval attack systems to Estonia, converted planes for cargo and intelligence uses for more than $250 million, and sold dozens of MMR radars to the Czech Republic, Slovakia and Hungary.

As for 2022 onward, a dramatic increase in sales is expected in light of the Ukraine war increasing defense budgets among NATO members (up to  2% of GDP). Germany added an immediate budget of 100 billion euros to this target, and with the new Russian threat, it broke the taboo of purchasing armaments for drones (with a budget of 165 million euros). Germany is also in talks to acquire the top-layered MD systems, such as the Arrow system. In addition, the Germans are interested in accelerating the purchase of F-35s, which include wings made by IAI and helmets made by Elbit Systems. Alongside the German market, an increase is expected in the defense budgets of the UK, Poland, and Lithuania in the coming years, along with the two expected NATO joiners, Sweden and Finland, which are already debating between the IAI-made MX lightning system and Rafael’s David Sling system.

The second significant figure emerging from the 2021 summary is from the first and impressive appearance of the Abraham Accords countries on the map of Israeli defense exports—the UAE, Bahrain, Morocco, and Sudan. This was done by seizing a 7% share of the defense system’s sales in the first year of the agreements (about $800 million). The signing of a defense MOU with the UAE has been disrupted due to the sensitivity of providing knowledge to Arab countries and the US’s tight arms export policy, which Israel must obey.

However, the signing appears to be only a matter of time, and as a result, the Gulf States are also expected to change the map of arms exports from Israel. The Emirates are planning to modernize the power structure in the face of the growing Iranian threat, especially in the wake of the Houthi drone strikes from Yemen on the energy facilities. This process will rely on a relatively high rate of defense expenditure—5%-6% of GDP—alongside strategic changes, such as the localization of defense production, the development of procurement and patent registration mechanisms, and the Saudis establishing huge defense corporations, such as EDGE, which has already signed a strategic MoU with IAI. The Emirates defense budget is already reaching an exceptionally high amount of $23.1 billion and is expected to increase at an average annual rate of 2.9% up until 2030.

At the heart of the intensification plans is the response to threats. The limitations imposed by the Biden administration on the sale of F-35s to the UAE—for fear of leaking knowledge to the Chinese—led to a moratorium on the deal to purchase them for $23 billion. The Emirates claims that the deal is not yet off the table, but, in the meantime, they have closed with France to purchase 80 Rafale fighter jets for $20 billion. The Emirates also will allocate about $10 billion for the world of armaments in the coming years, which will provide significant potential for Israeli industry. This is in addition to the intention to upgrade the UAV system and the thwarting of UAVs, which today relies mainly on the Americans.

An intriguing new market is Morocco, which was the first to sign a defense agreement cooperation with Israel and intends to purchase the Barak MX air defense system from IAI in a $560 million deal. The kingdom is seeking modernization and to build a significant force for the military by 2030 in view of the terrorist threat posed by ISIS elements in the south of the country, the ongoing struggle against the ‘Polisario Front’ and the Algerian threat. This is in addition to the acute need to develop naval capabilities due to the limited competence of the Royal Navy. The Trump administration’s historic recognition of Moroccan sovereignty over Western Sahara laid the foundation for the rapprochement between Morocco and the U.S.—and, accordingly, the acceleration of American weapons procurement. For example, the U.S. Congress recently approved a budget of about $1 billion for aid in the procurement of an additional 200 Abrams tanks for the Moroccan army. As a result, an opportunity has been created here for Israeli industry.

Morocco’s defense budget is about $5 billion and is expected to grow by 25% by 2030. Therefore, the kingdom is showing greater flexibility and is a more competitive destination for arms sales. Thus, for example, the IAI’s Haron UAV is currently competing as part of a joint venture with the European Airbus Corporation for the popular Turkish drone Bayraktar TB2—the “star” of the wars in Ukraine, Syria and the Caucasus—in a huge contract with the Moroccan army. At the same time, Moroccan attention is currently directed at threats from the air, hence the interest in air defense systems, with a growing interest in purchasing Rafael’s Iron Dome MD system.

To sum it up, Israeli defense industry momentum is growing, both in Europe and among the Persian Gulf. Stay vigilant. Expect more to come, as the horrific war in Ukraine continues on one hand, and as Abraham Accords flourish, on the other.